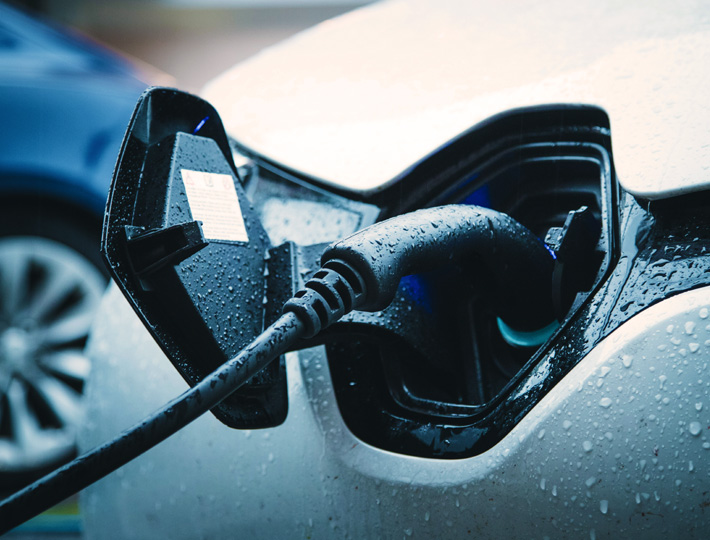 Wow! That was unexpected. I mean, just after Chancellor Rishi Sunak’s Budget had seemingly left business motoring to get on with the electrification of fleets all by itself, the Government fires this broadside. The broadside that changed the parameters to the Plug-in Car Grant for electric vehicles (EVs).

It’s not going to hole the ship, but the changes have certainly taken down some of the rigging that was helping the good ship electrification plump up its sails.

There was inevitably a lot of noise around the decision when it was announced yesterday (18 March 2021). The BVRLA called the decision “poorly timed”, pointing out that confidence in electric vehicles and their running costs remained fragile.

Meanwhile the SMMT called it “the wrong move at the wrong time”.

Certainly, for me, the messaging seemed off cue, dissonant to the ‘go-EV’ tune the government has been playing.

For fleets it may just be enough to derail planned electrification strategies that have been based around executive style cars such as the Tesla Model 3 and the Polestar 2. These will now cost more to lease each month. It’s also a far more persuasive electrification argument to offer employees a swish and technologically accomplished Tesla as a company car rather than a Hyundai Kona Electric, however good the latter may be.

But the bigger challenge is overcoming the perceived issue of higher rentals. While we are happy to demonstrate that whole life costs make EVs better all round, an additional £80 plus a month for a Tesla or a Polestar puts strain on company credulity; I can see businesses pulling up at the greater expense.

There is another consideration that could also weaken fleet resolve to go electric and it’s this: the more expensive EVs tend to travel further on a single charge. The one remaining Kia e-Niro that qualifies for the grant is the lower range 39kWh model, capable of 180 miles; the more expensive 64kWh models, which now find themselves cast beyond the confines of the grant, are capable of 282 miles on the larger battery.

The Tesla Model 3 Long Range, conveniently priced at just short of £50,000 and which used to qualify for the £3000 grant, is capable of 360 miles from its battery.

So the changes to the grant have certainly erected a few more barriers to EV adoption, which are to be regretted. While I don’t believe it will change the general direction of travel for fleets, it’s certainly made the case for electrification more difficult to deliver for fleets, although I suspect those SME business owner-directors will simply shrug and just take the change in their stride.

There is certainly merit in the government’s decision to ‘democratise’ electrification. By changing the rules of engagement, it’s allowing private buyers a better chance to access the grant for longer, especially as cheaper EVs are coming onto the market. After all, fleet and business users still enjoy significant tax savings by choosing electric; I can also see that a taxpayer supported Tesla subsidy doesn’t play well politically.

There is, though, perhaps another political move at play here. It could be a subtle way of the government easing down the cost of EVs. After all, how many models are currently clustered under the old £50,000 cut off at £49,990 or so?

This made me examine the government’s statement once more, in particular the last two paragraphs which are particularly telling. The statement reads: “More affordable batteries mean that manufacturers can increase the range of the vehicles… As the market develops even further, we expect further price reductions in electric vehicles.”

In other words, the government explicitly expects to see greater range for less money. And as manufacturers still have to meet CAFE CO2 regulations for the UK – a fleet average of 95g/km – or receive punitive fines, the fleet electrification story hasn’t stopped at the change to the grant. It’s just stalled. Temporarily.

There has been an understandable degree of shock and bemusement at the sudden change to the Plug-in Car Grant It means c...

Let’s start with some good, green stats According to the Society of Motor Manufacturers and Traders (SMMT), Septemb...

The golden star cars of the LA Auto Show

There have been precious few big motor shows over the past year and a half or so, but the Los Angeles Auto Show 2021 has...