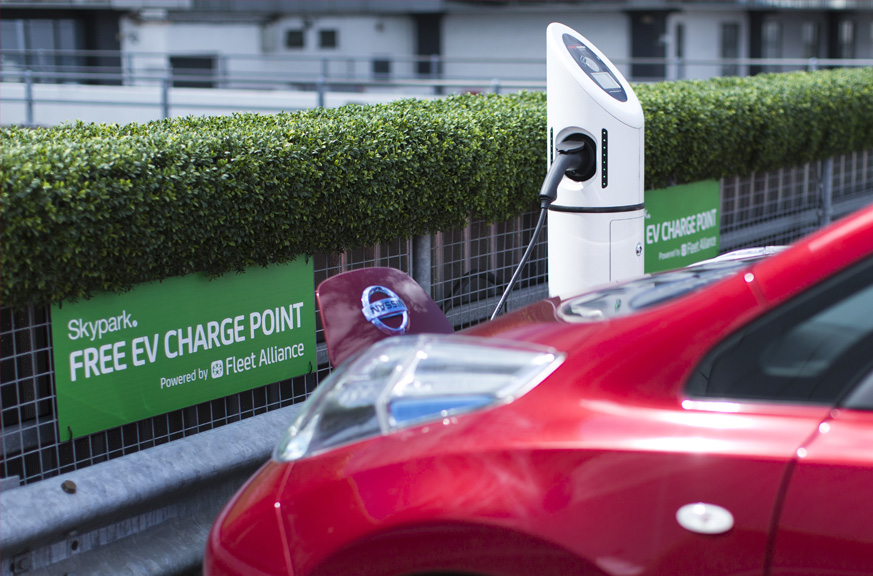 We have an interesting viewpoint from our Fleet Alliance HQ. Sitting on the ninth floor we have stunning views across Glasgow.

When it’s not raining, of course.

But as a fleet provider, we are constantly advising our customers about steps to cleaning up the emissions of their fleets, especially with so many Clean Air Zones (CAZ) or Low Emission Zones (LEZ) due for introduction in 2020.

The most obvious is the already established London Ultra Low Emission Zone (ULEZ) which operates every day and all year. It’s undoubtedly been a success.

An official report from the Mayor’s office late last year says that, since the zone commenced operation, nitrogen dioxide (NO2) pollution has reduced by 36 per cent; and NOx emissions are 31 per cent lower. Those are significant gains for air quality.

Nevertheless, the variety of different LEZs makes for undue complexity, with some cities considering zero emissions to enter certain city areas. And other cities, such as Southampton which must have a LEZ in place this year, rejecting a previous plan to have a charging zone.

Which brings me back to my viewpoint. We’re a national company but with an HQ based in Glasgow, I’ve been taking a keen interest in Scotland’s quiet advance to introduce electric vehicles (EVs) and to clean up the air. The nation is making significant progress on both counts.

For a start, the Scottish government has more ambitious targets on carbon reduction than Westminster. Scotland wants all its greenhouse gases to be net-zero by 2045 – that’s five years before the UK.

One of its grandstand programmes is ‘Electric A9’, which is the main trunk road that runs up central Scotland’s spine. The 273-mile road will feature multiple EV charge place hubs accessible by drivers in rural and urban locations, offering drivers both local and long-distance journey charging.

Scotland is also ahead of the game on the introduction of electric charge points.

With its 1,500 points, it is second only to London (4,000 public EV charge points) in the latest Department for Transport survey. The same survey also said that Scotland was in the top 20% for areas best served by EV charge points. Meanwhile, Glasgow was picked out as one of the best performing city councils for the installation of EV infrastructure, along with Manchester and Liverpool.

Another example of Scotland’s lead in the EV revolution is the additional support from Energy Saving Trust, funded by Transport Scotland, which offers an interest-free loan to drivers who want to go EV.

And then there’s Glasgow itself. The city starts with a fairly fundamental problem: a motorway that runs through its heart. Not exactly great for clean air planning. But since the end of 2018 Glasgow has run a limited low emission zone.

Initially, I was critical of what I considered its low-level aims: upgrading the city’s buses before introducing the LEZ in 2022. I still think it’s fairly unambitious.

Nevertheless, I understand the pragmatic thinking: a significant number of buses travel through Glasgow’s centre. By enforcing emission standards on these vehicles is a big step to significantly cleaning up Glasgow’s dirty air. And the surrounding areas into which those buses travel.

The LEZ is just part of Glasgow’s progressive carbon reduction programme, which aims to mirror the carbon reductions set out by the Scottish government. So I’m not surprised to learn that Glasgow has been chosen as the host city for the latest United Nations COP 26 Conference on climate change

What does this mean for fleets?

Fleets should pivot towards clean air policies for their vehicles. The government – at last – is helping with a benefit-in-kind system that incentivises drivers to choose zero-emission or ultra-low emission vehicles from April this year.

Zero per cent company car tax on electric vehicles is a significant opportunity for fleets to offer cars that will, firstly, provide drivers with a boost to income by eliminating tax while, secondly, assisting in the cleaning up of the air.

We are happy to consult with fleets on making the significant step to electrification. Our own fleet is now 40% EV only and we have provided charge points at our Skypark headquarters. So we have experience with the issues that you might face. None of which is insurmountable.

To help your fleet shift to zero emissions, we have produced a white paper called Taking your fleet electric, which you can download for free, or why not check out our new EV Hub for a growing collection of guides for drivers and businesses alike.

Think of it as your first step towards cleaning up the air.