Are we hung up on battery range? 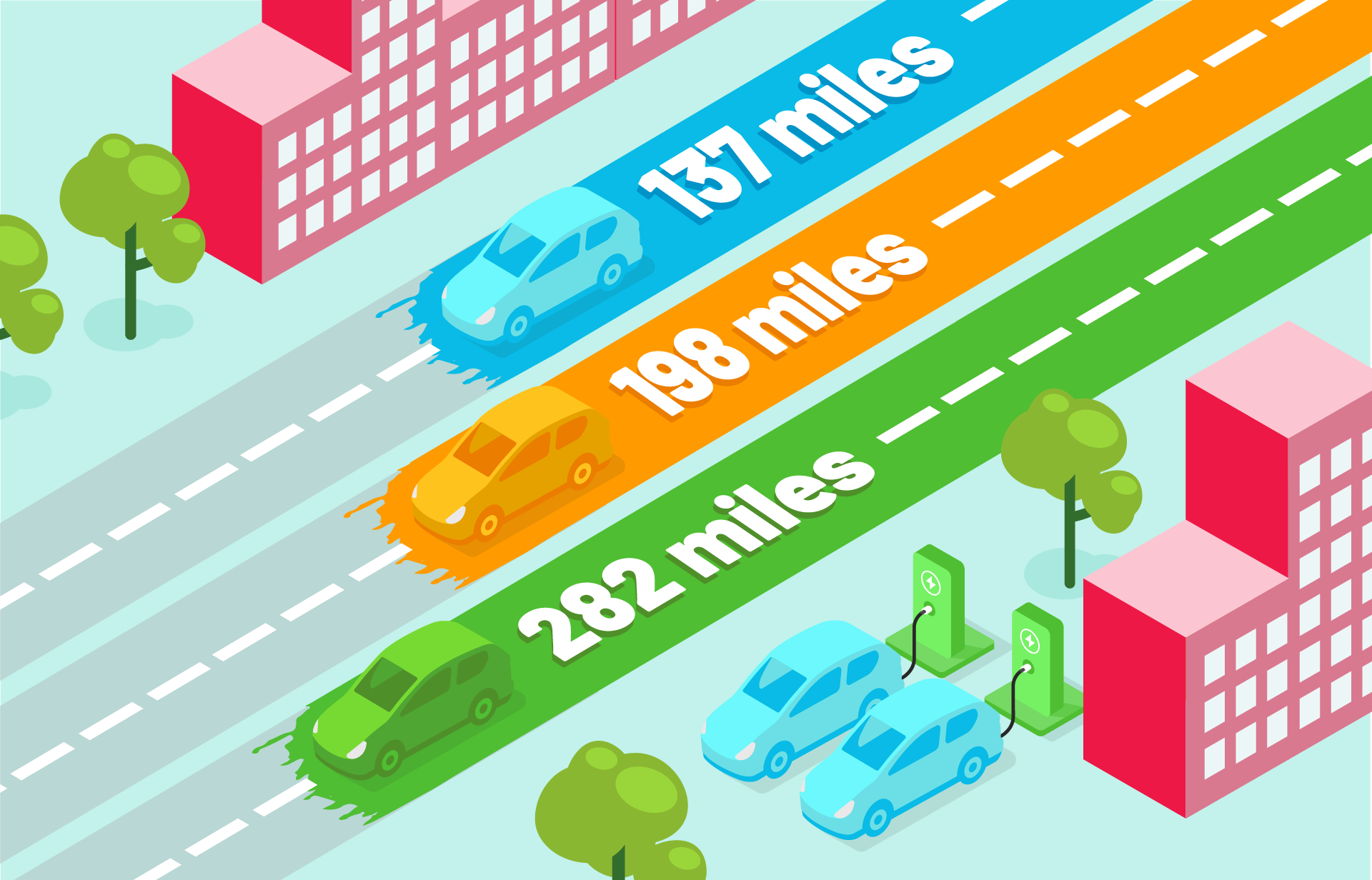 Range: it’s all the rage with EVs.

How far does the car travel on a single charge? How quickly can it be recharged on a rapid charger? And so on.

So at what point is the range acceptable for car consumers to consider parking the petrol, or ditching the diesel for an electric vehicle (EV)?

The latter I can answer, actually: a report in the late summer from Castrol said that the tipping point for car buyers who want EVs was a price tag of £24,000 and a range of 282 miles. In addition, it needed to be recharged within 30 minutes.

Now, I can understand – and wholeheartedly concur – with fleet drivers that need range to allow them to perform their high mileage driving tasks. It’s essential. Above all else, range provides reassurance. It alleviates the prospect of having to search for a top up or, worst of all, being left stranded with a battery fully depleted of electrons.

So the search is always on for greater energy density from batteries to deliver that crucial element of EV ownership. Greater range.

Toyota is currently looking at solid state batteries, and has put plenty of research time into the project. Solid state batteries have several advantages over the lithium-ion batteries used currently in EVs. They are energy dense – in other words they contain more in less space – and are safer (there’s little danger of a battery fire), plus they are likely to be cheaper and are very quick to charge up. However, the life expectancy of solid state batteries remains an issue. Constant charging and discharging of the batteries degrades cell components. Nevertheless, Toyota remains focused on productionising solid state batteries with a limited vehicle run due by 2025.

Meanwhile Tesla and its battery partners are working on increasing the energy density of the battery packs that power the brand’s cars. This will allow vehicles to travel for longer before charging, or could result in lightweighting of EVs – a smaller, less expensive battery pack delivering the current range mileage. But this is still very much about range – and how to get more.

But what if there’s another perspective on this?

In China, which is the leading market for EVs, drivers have some different options. This includes a low price point matched by a low range. The American car producer, GM, in a joint venture with SAIC and Liuzhou Wuling Motors, sells a car called the Wuling Hong Guang MINI EV.

It’s cheap – from $4200 (about £3000) – and it’s basic (no airbags for example) with a range under 100 miles. But the car is selling well. Its popularity lies not only in the price, but as an affordable runabout where range is not the issue, but practicality and running costs are.

It’s something that Citroen is exploring with its Citroen Ami. This tiny two seater has a top speed of 28mph and the electric motor is driven along by a tiny 5.5kWh battery. You charge it via a traditional three-pin plug and it’s very basic indeed. But it’s cheap – some £5000 – but apparently can be leased from about £17 per month, or used on a car sharing basis.

As yet, Citroen is not sure whether to bring this left-hand drive urban runabout to the UK. And its range? About 47 miles. Perfect for its intended use.

What about battery swaps?

Moving back to China, another manufacturer called NIO offers its cars with swappable batteries.  It’s part of the company’s business plan. Rather than waiting 20 or 30 minutes and having a coffee while a rapid charger fills up your battery, your battery pack can be swapped within three to five minutes: about the time it takes to fill up a petrol or diesel fuel tank. (You can watch a video of a NIO battery change here.)

It also substantially reduces the cost of the vehicle – the battery is the most expensive element – allowing subscribers to rent a battery pack which can be upgraded to a bigger capacity when required (such as a longer journey, for example). Since May 2020, the company has completed 1m battery swaps. So it’s proving popular.

You might recall that the idea is not new. When Renault first introduced EVs to the UK, the battery was leased separately. Again this reduced the initial purchase price of the vehicle. It’s a clever idea. And could have made excellent use of the retail network. If more car manufacturers had taken such a view, would there be such a need for charging infrastructure I wonder?

Nevertheless, the residual value setters took a dim view of such an approach, and Renault has since decided to fall in line with other car producers and make the battery an integral part of the vehicle price.

Germany’s Car of the Year

When you think of Germany and its motor industry, it’s always been about speed: the unrestricted autobahns, BMW and its M Sport range, Mercedes with its AMG range and Audi with its RS models.

So when its Car of the Year is Japanese, has a top speed of only 90mph and a range of just 137 miles, you might well wonder just what is going on? None is a big number in the traditional way of measuring German car engineering. But the Honda e delivers on a whole host of other areas: in its agility and ability in urban areas; its great styling; and its market relevance.

And that’s the point.

So we shouldn’t get hung up on range when choosing an electric car. In leasing terms, it’s rather like specifying a contract with 20,000 miles per annum, when all you will need is half the amount. But you choose 20,000 miles ‘just in case’.

At Fleet Alliance we want all fleets to transition to electric. But we will also make sure that fleets make the most appropriate choices. And that means taking an intelligent approach to fleet electrification where range is only part of the picture.

Perhaps I’ve undervalued hybrids Perhaps I’ve been guilty of not considering what engineering updates can bring to t...