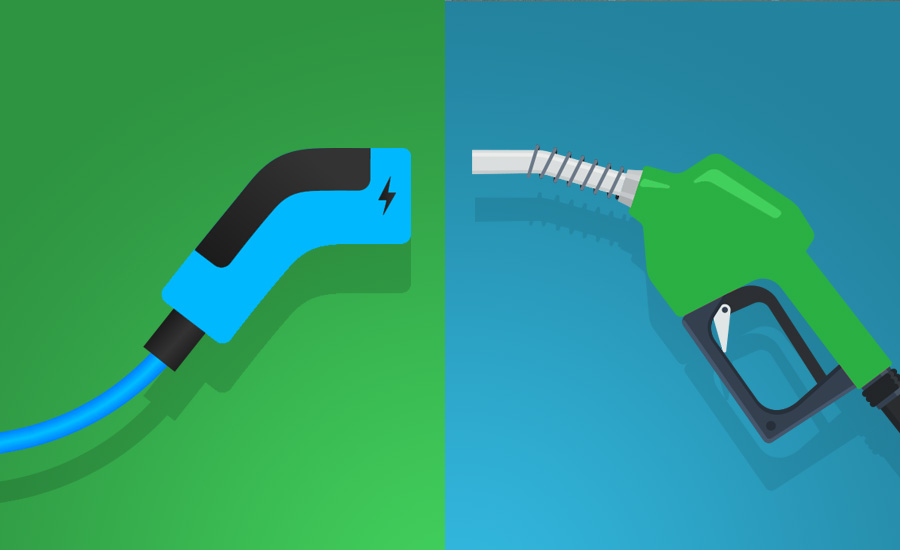 Electric vehicles are closing the cost gap with internal combustion-engined vehicles (ICEs) across Europe, with Norway and the Netherlands leading the way and the UK and Denmark not far behind, according to the latest research.

The findings come from the latest annual Car Cost Index from LeasePlan, which shows there has been a sharp decline in the cost differential between electric cars and petrol/diesel vehicles across European markets, with EVs fully cost-competitive compared to vehicles with internal combustion engines (ICE) in Norway and the Netherlands.

In almost all other countries analysed, the cost gap between driving an EV and a diesel or petrol car has narrowed. If this trend continues, EVs will also reach cost competitiveness in countries such as the UK and Denmark in the near future.

In the case of the UK, the country is now the second cheapest place to run an EV. According to the Car Cost Index, the average monthly total cost of ownership for electric vehicles in the UK is £615, including leasing costs, with only Greece offering a lower total cost of ownership of £597. Leasing remains the most cost-effective funding method.

Across all vehicle types, the UK sits under the average total cost of ownership of £561 with a figure of £548, with Eastern European countries including Romania, Slovakia, and Czech Republic ranking cheaper.

The research also finds that wealthier countries tend to have higher costs of EV ownership, although in the Netherlands and Italy, the affordability is relatively low with the average total cost of ownership being relatively high compared to the GDP.

For Greece and the UK, the average total cost of ownership is relatively low compared to GDP, indicating that driving a vehicle in these countries is relatively cheap.

Cost gap should continue to close

The cost gap should continue to close over coming years as depreciation for EVs – the highest cost differentiator – reduces as supply increase and residual values improve.

A LeasePlan spokesman said: “Our Car Cost Index shows EVs are becoming more affordable than ever, especially in Northern Europe, where government incentives are having a positive impact. While it’s good to see the cost gap closing in other countries, there is still a lot of work that needs to be done to ensure everyone can drive electric.”

The research uncovered that the average cost of driving a car varies hugely across Europe, from £400 a month in Greece to £755 a month in Norway. The European average is £561 a month.

However, for electric car drivers, depreciation makes up a larger share (52%), but costs are saved through using electricity for fuel. EVs also benefit from consistently lower taxes and maintenance costs across Europe.

The study also showed that the Netherlands is the most expensive place to drive a diesel car at £852 a month, where the registration tax for diesel cars can add as much as 35% to a diesel vehicle’s net monthly cost.

Conversely, Romania is the cheapest place to drive a diesel car at just £370 a month.

When it comes to petrol cars, Norway is the most expensive place to drive one at around £774 a month. This is significantly higher than the European average of £540 per month for petrol cars. Greece is the cheapest place to drive a petrol car at just £405 per month.

In relation to GDP, drivers in the Netherlands and Italy have the highest total cost of ownership for all powertrain types, while drivers in Greece and the UK have the lowest.

Leasing the most cost-effective way to operate an EV

Martin Brown, managing director at Fleet Alliance, commented: “As with most company cars, leasing remains the most cost-effective way of operating an EV, and increasing residual values as a result of growth in the second-hand EV market will only make leasing EVs even more attractive for businesses – especially when paired with lower fuel and tax costs.

“This very interesting research shows the comparative costs of running electric and conventional engined cars across Europe, and shows that in the UK we are currently in a very good place.

“In relation to the country’s GDP, the average total cost of ownership in the UK is relatively low, indicating that operating a vehicle here is relatively cheap.

“And the recent Government review into BIK rates that introduces a zero tax rate for zero-emission EVs will only help to close the cost gap still further,” he added.