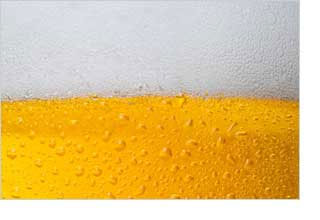 The 2015 Budget had more than one eye on the General Election in a few weeks’ time as the Chancellor, George Osborne, announced a series of measures designed to continue the feel-good factor for voters ahead of GE-day on May 7th.

Regarding measures of interest for fleet operators, there was news of a freeze in fuel duty in September, of a 2% increase in company car tax for the next three years, and 3% thereafter, of new tax bands for ultra-low emission vehicles and of a rise in VED in line with inflation.

Fuel duty
The Chancellor confirmed that the fuel duty increase planned for September, due to be 0.54p per litre, would be cancelled, a move that was broadly welcomed.

Company car tax
As signposted previously by the Chancellor, company car tax goes up by 2% for the coming tax year 2015/16, and by the same amount for each of the next three years for all cars emitting more than 75g/km of carbon dioxide, up to a maximum of 37%, (see table).

However, the rate will increase by a further 3% in 2019-20, the Chancellor said, adding that, in a new policy, the rate for vehicles emitting less than 75g/km CO2 (Ultra Low Emitting Vehicles) would not rise as quickly. The Budget also confirmed that two new tax bands for ULEVs come into force from April as ULEVs lose their tax free status for the first time.

Vehicle Excise Duty
The Budget confirmed that VED rates for cars, motorcycles and the main rates for vans will increase from 1 April 2015 in line with the RPI.

VED Bands and rates for cars registered on or after 1 March 2001:

Driverless cars
Driverless cars were singled out by the Chancellor for investment, with £100 million earmarked for research and development into intelligent mobility. The Treasury said that the cash will be used to focus on enhancing the development of driverless car technology and the systems required to implement and adopt the technology.

First year allowances (FYA)
The 100% FYA for businesses purchasing the lowest emission vehicles has already been extended until 31 March 2018.
Budget 2015 confirmed that from April, the CO2 emissions threshold below which cars are eligible for the 100% FYA will be reduced from 95 g/km to 75 g/km.

Car and van fuel benefit charge 2015-16
From April, the Fuel Benefit Charges, currently £21,700 for cars and £581 for vans, are due to increase by the Retail Prices Index (RPI) for both classes of vehicle.

Van benefit charge 2015-16
After setting the Van Benefit Charge at £3,090 in 2014-15, the Government will increase by  RPI from April 2016. In addition, the exemption for zero carbon vans from the van benefit charge which was due to expire, has been extended to 2020 on a tapered basis.

Budget comment
Fleet Alliance managing director, Martin Brown, commented on some of the Budget measures: “While we welcome the cancellation of the increase in fuel duty planned for September, the 2% rise to the rate of company car tax for the next three years, followed by a 3% rise thereafter, is another tax on businesses and their employees.

“With the increases in company car tax and the new tax rates for ULEVs, it is more important than ever have a fleet policy in place that is both fuel and tax efficient.

“The careful selection of models with low fuel consumption to keep fuel bills in check, and those with low carbon emissions to benefit from  lower rates of company car tax , national insurance and VED, will pay handsome dividends over the next three years,” he said.