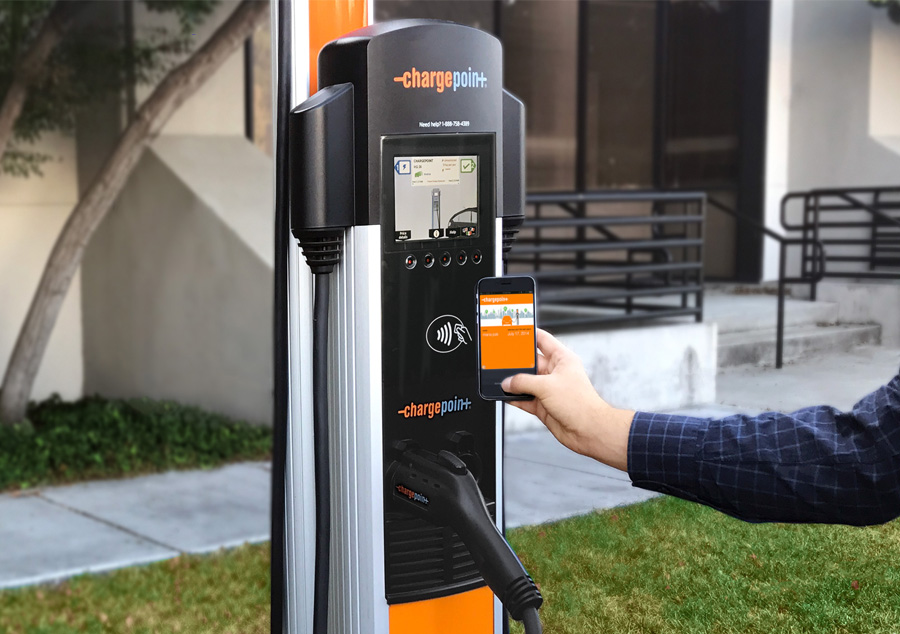 A collection of nine European electric vehicle (EV) charging point providers have agreed to open up their networks across the UK in a roaming partnership. Due to be established by the end of this year, the partnership means EV drivers in the UK will require only a single subscription from any of the nine to access their public charging stations.

Three companies that initially proposed the tie-up – Allego, EVBox and NewMotion – have been joined by Chargemap, ChargePoint, Charge4Europe, Engenie, Franklin Energy and Travelcard, and are encouraging other operators to participate.

The agreement will also result in the operators sharing charging station information – such as electricity cost and charger status – to improve the charging experience for EV drivers.

The move means that by the end of 2019, British drivers will be able to use a public charger without having to sign up to that specific network’s membership scheme.

There are currently around 40 charging networks in Britain, ranging from major pan-European operators to small regional setups. Most of these require drivers to sign up to the provider’s membership scheme in order to use the chargers, meaning motorists often have to manage multiple accounts or go out of their way to find their own network’s chargers.

The UK has been well behind the European movement for open access to charging networks. More user-friendly joined-up networks around Europe in countries, such as the Netherlands, France and Germany, have been credited with significant growth of EV sales there.

The new system should benefit business users as much as private users, allowing companies to manage all of their billing and reimbursement from their vehicle users in one account. That could help EVs become a more mainstream selection for fleet managers.

At the moment, different networks have different ways of operating. Some charge an annual or monthly subscription fee while others charge per use, with varying prices. Many require drivers to use an RFID (radio frequency identity) card or smartphone app to access the charger and to make payments, although some allow users to pay on the spot with a credit or debit card.

Collaboration  is key to a greener future

Christopher Burghardt, managing director for Europe at ChargePoint, said: “This agreement is a significant step in the expansion of access to public charging, improving the driver experience and helping to make the switch to e-mobility more seamless for UK drivers.

“Roaming agreements not only allow us to expand our global footprint; it’s also another example of how collaboration across the industry is key to a greener, more sustainable electric future.”

Under the new scheme, EV drivers in the UK will only require a single subscription to access public charging stations operated by any of the signatories.

As well as accepting each other’s subscribers, the operators will share charging station information, which they say will make it easy for drivers to see where and if a charge point is available and what a charging session will cost at the specific location.

The partnership comes after a leading charge point manufacturer, Swiss-based ABB, called the adoption of common charging and payment standards as a vital step towards widespread EV take-up.

The roaming announcement also comes several months after the Government called on charge point operators to develop a solution to make payments simpler for drivers.

In July, Future of Mobility Minister Michael Ellis said that, from 2020, all-new EV rapid chargers will be required to accept debit/credit card payments for pay-as-you-go access, saying the current variety of methods were a source of frustration.

While the requirement is not mandatory, the government announced that it “expects industry to develop a roaming solution across the charging network, allowing electric vehicle drivers to use any public charge point through a single payment method without needing multiple smartphone apps or membership cards”.

It added that if the market is too slow to deliver improvements across the charging network, it is “prepared to intervene to ensure a good deal for consumers by using powers in the Automated and Electric Vehicles Act”.

The announcement comes as BP Chargemaster, operator of one of the UK’s largest public charging networks, published plans to introduce contactless card payments to all new 50kW and 150kW chargers over the next 12 months under its Polar Plus subscription” service.