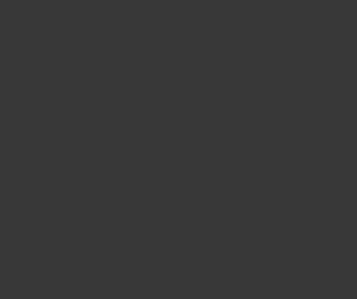 In his fifth Budget speech and possibly the last before the next General Election, Chancellor George Osborne announced a freeze in fuel duty and made an extra £200m available to mend Britain’s roads, but extended the 2% increase in company car tax planned for the next two years for a further two, and confirmed a 5% tax rate for electric vehicles, rising to 13% in four year’s time.

In the Budget, “which was for the makers, the doers and the savers”, said Mr Osborne, the Chancellor confirmed that the UK economy was now forecast to grow by 2.7% this year, the strongest growth of all the established western markets.

The Chancellor also announced that following the horrendous weather this winter, there would be a £200m fund for local authorities to tackle the potholes caused by the flooding – a move generally welcomed by motoring organisations around the country.

And he confirmed that the fuel duty increase planned for September would be cancelled, a move, while welcomed, was not seen as going far enough by the RAC.

“Fleet drivers, and those responsible for maintaining fleets, will benefit from a further freeze and help prevent the hardship felt from high fuel prices getting any worse – but a cut in duty was needed to reverse this punitive charge, which is effectively a tax on virtually every British business that uses vehicles,” said a spokesman.

“The Chancellor talked about extending support for low emission vehicles, but there is precious little evidence for that in this Budget.”

ACFO and the BVRLA had urged the Chancellor to use the Budget to encourage the take-up of ultra-low emission vehicles (ULEVs).

Both organisations wanted the Government to ditch its plan to increase the benefit-in-kind (BIK) tax rate on electric vehicles from zero to 5% in 2015/16.

Currently, drivers who choose a plug-in vehicle with zero emissions do not pay any BIK tax, but they will face a tax bill for the first time next year.

But the Chancellor had missed a major opportunity to support ultra-low emission vehicles in his Budget statement, said the BVRLA.

Chief Executive Gerry Keaney commented: “The Chancellor talked about extending support for low emission vehicles, but there is precious little evidence for that in this Budget.

“The electric vehicle market is still in the doldrums, and the current incentive regime isn’t working. The new company car tax rates announced will do nothing to encourage fleets and their drivers to take a risk on this costly and uncertain technology.

“A business driver thinking about choosing an expensive zero-emission vehicle this year will see their company car tax rate rise from nothing to 13% within four years. Their cost of motoring will rise much faster than someone choosing a gas guzzler.”

The Government is currently funding around £400 million to support the market for ULEVs  until April 2015, including purchasing grants, installing chargepoints, and research and development, and has announced an additional £500 million to continue to develop the ULEV market after 2015.

In his speech, the Chancellor confirmed that VED rates for cars, motorcycles and the main rates for vans will increase by RPI from 1 April 2014.

Fleet Alliance managing director Martin Brown said: “While we welcome the cancellation of the increase in fuel duty planned for September, the news of a 2% rise to the rate of company car tax in 2017/18 and 2018/19 is unwelcome as it is yet another tax on businesses and their employees.

“What these measures continue to do, however, is underline the importance of selecting the right company cars for your fleet that are both fuel and tax efficient. That means careful selection of models with low fuel consumption to keep fuel bills in check and those with as low carbon emissions as possible to benefit from  lower rates of company car tax, national insurance and VED.

“That means careful fleet planning now for the changes that take effect in three years and prudent selection of vehicles with low whole life costs,” he said.