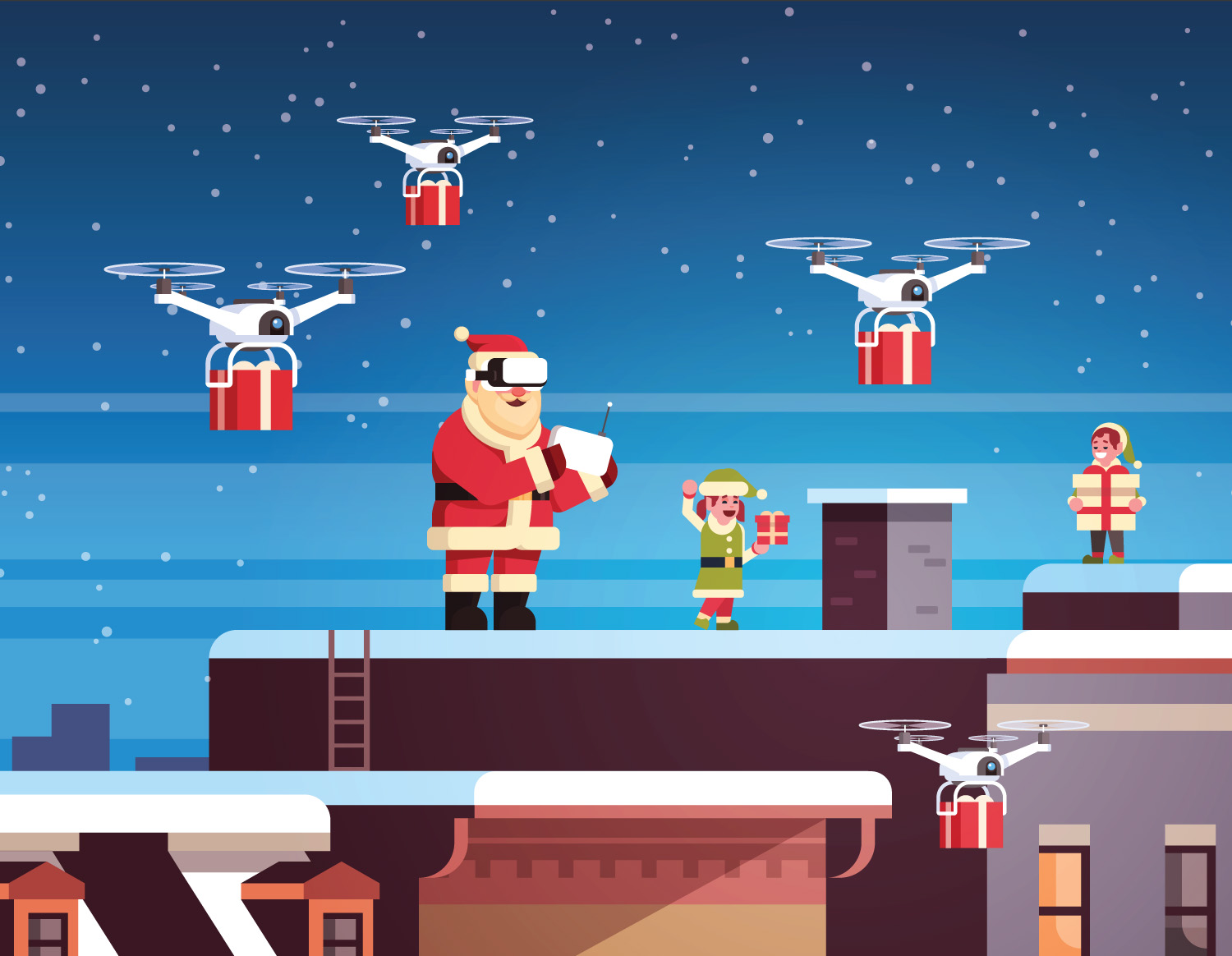 I was thinking about Santa the other day. Well, it’s that time of year to be fair.

Have I been a good boy?

Do I deserve some presents to be left by Santa?

Yeah, I reckon so…

But apart from that, I was thinking of Santa. Santa and his reindeer doing their rounds.

I mean there’s been plenty for him and his ‘reinpower’ to contend with this year. Melting polar caps won’t help of course. Lapland’s reindeer are finding survival harder and harder.

The warmer weather means the snow melts and then freezes over the natural feeding habitat leaving it hard to graze.

Clearly Donner, Blitzen and the rest of the Rudolph gang are hoping we’ll all jump on the electric car charge as soon as we can to help reduce the impact of global warming.

With new cars such as the emission-free electric MINI E for scooting around urban conurbations to Ford’s Mustang Mach E with its plus 250-mile range will help to change the automotive climate.

Fleets can start to plan for moving towards an electrified future that will not only help Santa and his gang, but also improve the quality of the air we breathe.

Talking about the air we breathe…it’s not good for Santa’s health is it? UK cities continue to present a health hazard to those that live there. Which is unacceptable. Clean Air Zones must be the way forward for all those involved. And while they may create some initial problems for fleets, fleet best practice is now a question of ensuring the cleanest cars possible are made available to drivers.

And it can work.

The London Ultra Low Emission Zone (ULEZ) has reported a 36% reduction in nitrogen dioxide in the first six months of operation. And just as importantly, none of the ULEZ boundary roads have reported an increase in pollution measurements.

Santa will be hoping other cities follow suit as soon as planning permits.

And then there’s the question of Santa’s preferred method of transport. Should he be looking towards the future and considering a flying taxi as his method of present dispersal? Commercial services are forecast to begin in 2022 initially as cargo drones, before ferrying people. The growth, by analysts Frost & Sullivan, is due to be spectacular at over 45% annually. Methods of propulsion – to ensure clean air – are still being evolved.

Or perhaps, Santa should be a little more open to all types of transport by signing up to a car subscription service and get an all-in service (bar the fuel) so no more worrying about insuring the sleigh and maintaining the runners in top condition – that’s all taken care of (so Santa can concentrate more on the presents…).

But why stop at a car subscription service? How about those elves signing Santa up to a mobility package, so he can choose between rail, car, taxi…or, well, stick to reindeer? Best to have a choice to make the most efficient and environmentally friendly journey possible.

And if things get too arduous for Santa at any time then can I suggest you take a break and head straight for the Fleet Alliance HQ?

We’ve just been recognised for Excellence in Wellbeing by the Great Place to Work Institute. Employee wellbeing embraces everything that affects our staff at Fleet Alliance, from the physical to the psychological, and from the social to the financial aspects of working life. So, Santa, if you fancy one of our Wellness Wednesdays, which includes stress-down workshops, yoga, and meditation, then we’re the place to head for.

So Santa, there you go.

Lots from me to you to think about. Now hopefully you’ll be thinking about me on Christmas Eve!