Will future BIK be based on air quality, not CO2? 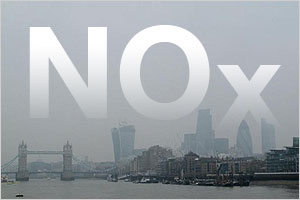 I’ve been thinking about this quite a lot recently – and not just because we have some electric car points at our new offices, although that does focus the mind.

But what if BIK was changed to earmark more of the pollutants that affect air quality – such as NOx from car exhausts as well as CO2?

Mayor of London, Boris Johnson, is already preparing drivers into the capital to pay an extra surcharge if their diesel car doesn’t meet new Euro6 exhaust standards. So the issue is clearly in play.

Even France, a mostly diesel-driving nation, wants to go further than the already extreme measures announced by Boris. Starting with a modest rise in tax for diesel vehicles, a scrappage scheme to encourage drivers to go electric and even a plan to ban all diesel cars from the roads of Paris by 2020!

So why, all of a sudden are the knives out for the diesel car?

Well, with ever stricter EU air quality directives, to reduce the tens of thousands of deaths currently caused by nitrogen dioxide (the NOx from exhausts reacts in the air to form nitrogen dioxide, or NO2, which can have such a pernicious effect on health) and particle pollution every year in our cities, the spotlight has been firmly placed on the diesel engine as a significant culprit.

And that’s the thing. EU air quality directives are forcing cities – and governments – to think about pollution more; or face significant fines. We had hardly turned our back on 2014 when Oxford Street in London had exceeded EU nitrogen dioxide limits in just four days of 2015. Four days!

And the fines are big: how about the threat of a £300m fine for the UK because it has consistently breached air quality limits? Ouch!

It’s not that the current CO2 based taxation system hasn’t been a brilliant success. It has. The current BIK regime dates back to 2002, when the average emissions were 175g/km. Today that figure is 128.2g/km (source SMMT). It’s be an unqualified success, then, and has been relatively easy to administer.

But can such a simplistic measure of pollution continue? I’m really not so sure. Of course it would need a new type of exhaust measurement to make BIK work. It would be more complex. But it would really focus minds on air quality. You only have to stand on one of London’s busy streets to understand what a difference a hydrogen zero emission bus and a diesel-engined bus make to your local air quality. It’s significant.

In the meantime, though, government messages are mixed.

The move towards ultra low emission vehicles is growing: the Department of Transport has just announced that more than 25,000 plug-in car and plug-in van grant claims have been submitted since the scheme began in 2010.

And yet in 2016/17 tax year, company car diesels will lose the 3% surcharge levied originally because of their sooty emissions.

That doesn’t square to me.

I’m convinced the risks to health, and the threat of significant fines, will change government thinking on company car tax. But, I suspect, only after the General Election….