The end of the company car as we know it? 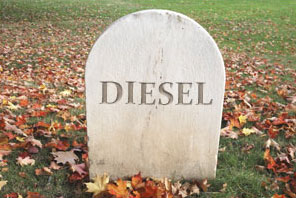 The diesel car has found itself under attack.

First London Mayor Boris Johnson suggests a £12.50 charge for diesel cars entering London – the only exception being for Euro 6 diesels.

Then France goes further. French prime minister Manuel Valls wants to progressively ban all diesel cars from France and encourage french drivers to go electric with a diesel scrappage incentive. The ‘diesel purge’ is due to start modestly with a rise in tax on diesel.

Given that France is mostly a diesel driving nation that is some big ask!

But that’s not all. Anne Hidalgo, the mayor of Paris, also wants to go much further than Boris. She wants to ban diesel cars from the French capital by 2020 as part of a clear-the-air-for-Parisians policy. Clearly, the anti-diesel movement is gaining momentum in France quickly.

So how did it go so wrong for diesel? And will there be an impact in the UK, perhaps on benefit in kind?

The anti-diesel movement is gaining momentum in France quickly.

Diesel is due to lose the 3% surcharge currently levied – which is charged because of particulate matter associated with the sooty emissions – in 2016/17. Could the government change its mind on this?

So far HMRC has been good in providing a car taxation framework that’s three years ahead of the present. To continue the levy beyond 2016/17 would be a significant step; but if public opinion changes in the interim, the government could find itself defending the indefensible. And, of course, it depends on the political slant of the government that will be in power then.

What about going further though?

What about if the government changed the basis for benefit in kind taxation? Instead of being based on CO2, how about CO2 and NO2? Or a measurement of all exhaust pollutants?

The current CO2 based taxation commenced in 2002. Back then average CO2 emissions were 175g/km; today that figure is 125.9g/km. So it’s undoubtedly been a success even if it was a little crude – by that I mean concentrating on just one of the exhaust pollutants, but it worked because the message was simple to comprehend.

That Boris! He really seems to have started something; and the rest of Europe is pursuing the theme with greater vigour – and really putting pressure on the long established notion of CO2 based benefit in kind company car taxation.

So is it time for a shake up? Time for a new way to assess the tax payable on company cars? It’s an intriguing thought. And would have major repercussions on many fleets and their funding decisions.