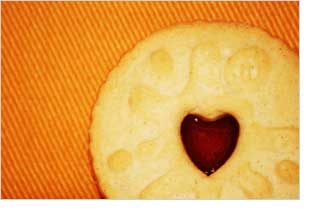 It’s nearly April, and if you’re a company car driver, are you wondering what the taxman might be liberating from your hard-earned wages at the end of the month?

Company car tax rarely stands still; and this April will be no exception as the tax bands move up by 5g/km CO2 putting most company cars in a higher tax band.

A higher tax band equals more tax. And while I’m sure we’re all keen to help lower the national debt, I’m sure there are levels to your generosity.

So I’ve been thinking: what sort of vehicles might be able to help you out?  Maybe not all will meet your company’s fleet policy – but if you don’t ask!

So here we go.

Company car tax rarely stands still; and this April will be no exception as the tax bands move up by 5g/km CO2 putting most company cars in a higher tax band.

Cons? You don’t get diesel economy.

3. Plug me in
There’s still time to pay no company car tax whatsoever. And that’s by choosing an electric car. They are currently taxed at – well, nothing – and that lasts until the 2015/16 tax year. So grab the tax advantage while you can.

4. Dust off a Dacia
It’s the UK’s newest brand with “shockingly affordable” prices. They’re not wrong. Even a top spec Sandero diesel will give you a BIK of £1,364: a miserly £22.75 a month.

5. Turn it up with a turbo
Back on the petrol vs diesel argument again. Have you noticed how car makers are producing tiny petrol engines but given a dose of up-and-at-em thanks to turbocharging? Ford is one with its 1.0-litre turbocharged EcoBoost engine. Order one in a Focus and pay BIK of just £2,761 – even on a top-spec Titanium X!

Cons? That engine is such a delight you’ll mash the fuel consumption!