Five reasons to buy British for your fleet 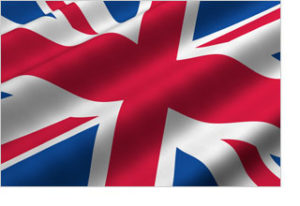 Do you remember when many fleets had a ‘Buy British’ only policy?

Those were the days when Ford, Vauxhall and British Leyland were major car producers.

But, perhaps, such policies might make a comeback. Last week, the SMMT announced that car production in the UK had hit a six-year high, putting the UK on course to become the third largest car maker in Europe by 2017.

That is some result.

Gone are the days when British built was a byword for shoddy and unreliable. Today, the UK boasts some of the most efficient and productive plants in the world – and in Nissan’s Tyne & Wear manufacturing plant, one of the very best in the world, producing more vehicles in 2013 than the whole of Italy combined.

Much of the success of the UK car making boom can be laid at the door of exports: there has been huge demand for prestige cars from the US, China and Russia, boosting production of Jaguar and Land Rover, along with Bentley and Rolls-Royce.

But it wasn’t all just prestige taking the glory. Here are the top five UK car makers for your fleet policy – making ‘Buy British’ not such an unreasonable fleet policy anymore.

Time for a comeback? Let’s see.