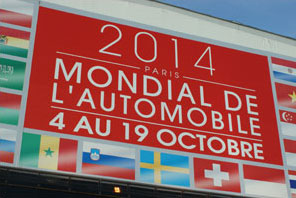 The last of the major international car shows of the year began last week at the Paris Motor Show.

Amid the usual media storm there were some fantastic unveils such as Land Rover’s (featured below). The car industry is never shy and retiring, is it?

It’s always a brilliant event, this, set in the heart of the French capital where you’re never too far from either a brilliant new car or a rather diverting glass of red wine in a delightful café.

But away from the local attractions – OK, I admit, I might have been diverted – what were the key fleet cars on show at the Parisian car fest?