Building up to the Budget 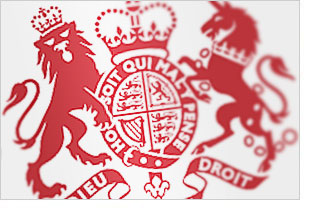 The Budget. It’s the one moment in the year when UK PLC suddenly concentrates on the economy – usually for a ‘what’s-in-it-for-me’ reason.

Mmmm. OK, me too, actually.

No harm in that of course. But what should we make of this year’s Budget?

The Chancellor will be presenting the Budget on Wednesday 21 March and so far we’ve had a succession of headlines about tax, ranging from a mansion tax to a tycoon tax depending on where you stand in the Coalition. It’s all part of the media froth in the build up to the Budget, George’s big day.

But what I’d really like to know about is this: company car tax.

Now, call me parochial, but this is one tax that not only affects our business – it can change the dynamics of the cars being ordered – but it affects your business via the amount of National Insurance you have to pay and how much your company car drivers will pay in benefit in kind.

There is already a major shift in company car tax this April, when the discount for low emission cars below 120g/km disappears. We’ve already produced a White Paper on the subject and how this affects company car drivers, which you are welcome to download.

It’s not fair that a company car driver will not know their full tax liability.

What I am keen to know is the detail of the company car tax bands for 2014/15 and ideally the year beyond. This would help immeasurably with company car choice and tax planning. We need that detail Mr Osborne.

It’s not fair – to hijack the PM’s parlance momentarily – that a company car driver will not know their full tax liability if they order a car today on a typical three-year cycle.

Talking of fairness, what about fuel duty? That is due to rise 3p a litre in August.

Currently the greatest cost in a litre of fuel is the duty on it; followed by the cost of the fuel; and then the VAT. So each time the cost of fuel goes up, so does the government’s tax take.

I have a sneaking suspicion – just a sneaking one – that the Chancellor will waive that rise to help both businesses and the squeezed private driver. There will be other ways to recoup the money, of course (maybe the fuel stabiliser), but it would be a good headline. And the Chancellor is a master of the unexpected.

It would also soften any blow around the contentious reduction of child benefit.
And any other means the Chancellor devises to shore up the government’s finances. So best not to ask what’s in it for me. Because there probably won’t be much – but hopefully a little more clarity on your contribution to Treasury coffers.