It’s a Budget for more beer 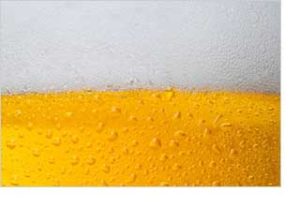 I don’t know about you, but my first instinct on hearing the Budget yesterday was to go down to the pub.

There were no great tax giveaways, but at least the Chancellor knocked 1p a pint off a beer in tax.

But if you’re a company car driver, will you have more money to spend on beer?

Well, for starters, the fuel duty rise for September has been canned and we’re currently enjoying a period of fuel price stability at lower prices. So that’s helping.

But if you receive free fuel from your employer – a so-called ‘perk’ that more often than not costs you more in tax than you would pay at the pumps – then this is rising. The benefit in kind rate for employer provided fuel goes up to £21,700 from April 6th 2014.

So if you drive a BMW 520d M Sport auto on the company with diesel splashed in courtesy of your employer, then you can expect to pay £1,649 a year for the privilege as a 40% tax payer.

There is still a discount for choosing a low emission car, even if the tax rates for these models will rise over the next four years.

Over 10,000 miles at the current average supermarket rate at the 63mpg official average it would only cost you £974…

Even if you averaged 45mpg you’d still be better off paying for the fuel yourself – and spending the extra down the pub!

From April, though, most company car drivers will be paying more benefit in kind tax for their car. However, there is still a discount for choosing a low emission car, even if the tax rates for these models will rise over the next four years.

If you drive an electric car, a Nissan Leaf for example, you will continue to pay absolutely nothing in company car tax. But over the following four years it will increase to 5% and then in steps to 13% – a pretty significant increase.

For drivers of more conventionally powered company cars, the rises are less and more gentle even if the percentage is higher.

Let’s go back to that BMW 5 Series again. The difference for a 40% tax payer between their March and April pay slips will be £11. A modest amount.

In fact, if you’re a diesel driver, you can look forward to a reduction in company car tax in two years’ time when the 3% surcharge gets abolished.

But in most cases, the Chancellor will have swiped a few bob from your pocket by the time you get your April pay slip.

Enough to put you going off down the pub? I doubt it. Especially not with the allure of cheaper ale.

Unless, of course, Bingo is your thing.