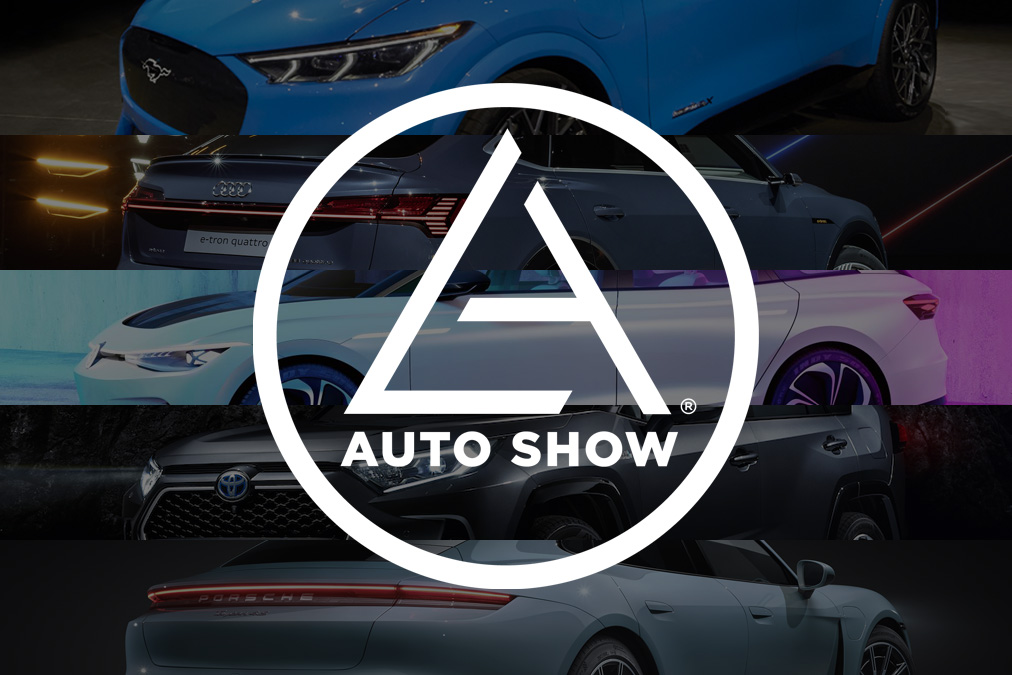 The doors have opened on the press day at the Los Angeles Auto Show, a hugely important car show on the Californian west coast of America.

Interestingly, the conversation has moved away from autonomous vehicles and is now focusing squarely on electric vehicles.

Ford has been teasing its Mustang electric car for the past few weeks, but just prior to the show it launched the model: its Mustang Mach-E. An all-electric take on the original pony car, launched with the help of actor Idris Elba (pictured below to the right of Ford executive chairman, Bill Ford). So, along with the Mustang, what else was on show that we should know about in the UK? Here’s my take five from the LA show.

Ford muscle meets the EV – the result is a coupe-styled SUV model that Ford promises will have all the driving appeal of an original ‘Stang but none of the CO2 bits. It can drive up to an astonishing 370 miles on a single charge. There will also be a performance version soon, although the current model zips to 62mph in under 5 seconds, so it’s hardly a slouch. Due here end 2020 it’s hard to see the new Mustang being anything other than a huge hit, combining the popularity of an SUV with the appeal of a zero-emission drivetrain. We’ve seen the practical e-tron SUV already, now we get an Audi e-tron with a more emotional pull: the e-tron Sportback. It’s an SUV-meets-sleek-coupe design (CD is a slippery 0.25) with a range of over 275 miles.  Its ‘ first’ is a digital matrix LED headlight set up – think precision lighting – which is available for the first time in a line-production vehicle. Expect it Q1 2020. The ID. SPACE VIZZION is the seventh concept car from Volkswagen exploring new dynamics in electric vehicles. VW says the ID. SPACE VIZZION combines the aerodynamic qualities of a Gran Turismo with SUV interior spaciousness and claims it has invented a new segment – yes, just when we really needed a new one! – but it certainly looks elegant. One thing the VW does highlight is the amount of internal space that can be liberated with electric vehicles. No indication yet on ID. SPACE VIZZION seeing production, but we do know the ID. 3 hatchback is arriving in the UK for early 2020. And we can’t wait for that one. Another SUV, this time Toyota’s hugely popular mid-size RAV4 model. But it’s been given a dose of Toyota’s plug-in know-how from the Prius to give the 2.5-litre hybrid petrol engine a zero emission range of 37 miles and CO2 emissions of under 30g/km. Impressive stuff for an SUV.  Expect to see the new RAV4 Plug-in Hybrid in Q3 2020. Porsche couldn’t let the LA auto show go by without showing off its Taycan fully electric sports car. It’s not new, of course, but this is the car’s US debut and this particular model is completely new:  the 4S. The Taycan 4S is the new starting point in the range, joining the Taycan Turbo and Taycan Turbo S. The new Taycan 4S is available with two battery sizes: the Performance Battery generates up to 530 PS, while the Performance Battery Plus gives a whopping 571 PS.  Range is up to 252 miles for the former and up to 287 miles with the latter. You can order the car now for delivery in January 2020.