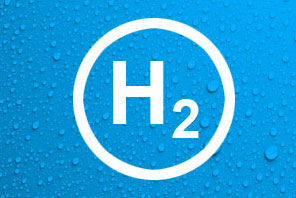 Some people accuse me of talking a lot of hot air.

Slightly unfair I feel, but sometimes I see their point.

Anyway, we like the idea of going green here at Fleet Alliance, not least because we all want cleaner air and a reversal of the polar ice cap melt.

Of course, there is a financial incentive too – well, why not? – because the greener you are the less fuel you use; it means greener fleet cars are cheaper to run. Which means more money to spend on the things you like.

Now last year I had my first experience of a zero emission car that had no range anxiety – it was the hydrogen powered Hyundai ix35 Fuel Cell car.

The only thing that comes out of the exhaust is water vapour; and you fill up with hydrogen at a fuelling station in more or less the same way as you would a conventional petrol or diesel car.

But it’s better to drive than a conventional car because it has an electric motor. So the power is instant on or off. And it’s quiet.

Now the Hyundai ix35 Fuel Cell is already undergoing fleet trials before it is launched on the UK market in 2015. But increasingly it doesn’t look as if it will be on its own.

All of a sudden, hydrogen appears to be the hip and happening thing in the automotive world.

So what’s just been launched?

Is all this hydrogen talk just hot air?

Unlike me, no. At the beginning of October, the government announced £11 million investment in hydrogen to boost Britain’s ultra low emission car economy. This will result in 15 hydrogen fuel stations by 2015 in the first phase of a 65 fuel station roll out and 40 hydrogen vehicles for public sector fleets.

I can really see hydrogen taking a significant role in greener fleets of the future. For fleet managers, now is the time to consider how you could adapt your fleet to benefit best from a mixed fuel fleet: diesel, petrol, hybrid, plug-in hybrid, electric – and hydrogen.