Here’s my pick of what took my interest. And the first is, in fact, a truck. A hydrogen truck. By Hyundai… 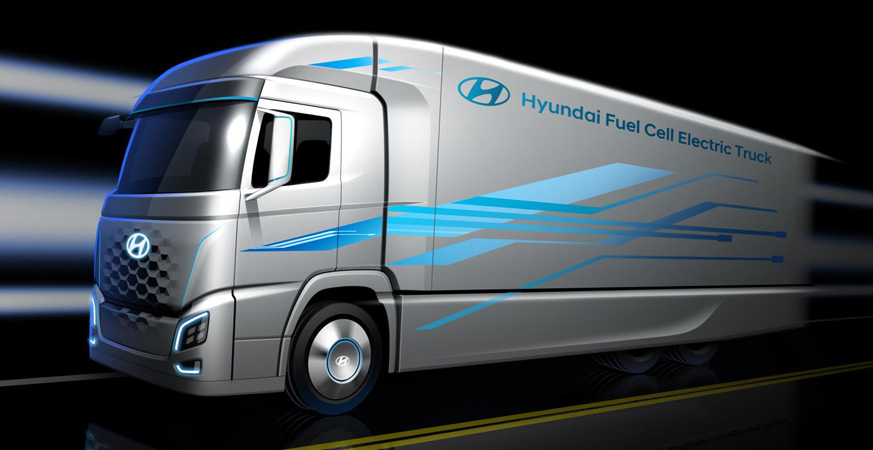 The details of this new truck with a zero emission fuel cell powertrain will be fully announced when it is launched in 2019. Trucks with zero emissions? Now that will be something. And it’s really happening.

On the back of this announcement at Hannover, Hyundai will now provide Swiss hydrogen company H2 Energy and fuel cell operators with 1,000 hydrogen trucks next year. And takes a lead on the Tesla and Daimler electric trucks due from 2020 on first mover in zero emission HGVs. Also interesting to note is that Hyundai and Audi are partnering to reduce the cost of hydrogen development. One to watch. 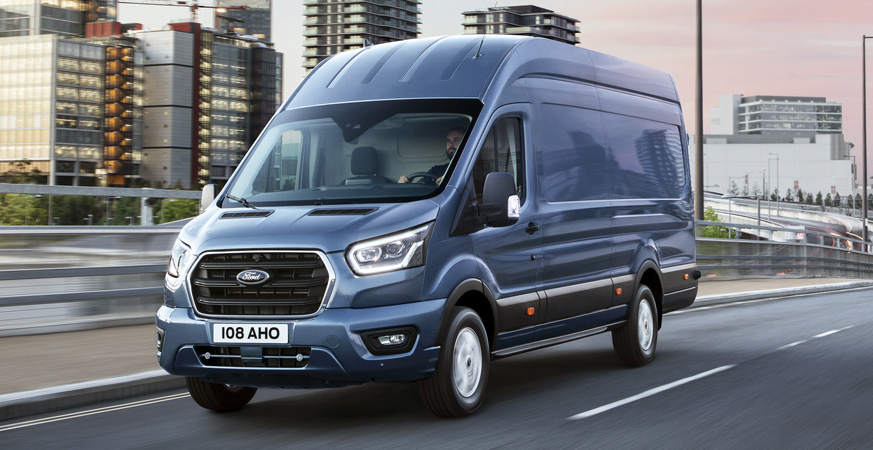 One commercial vehicle you could not ignore at Hannover was the new 2-tonne Ford Transit.  Ford’s big Transit now features increased load-carrying capability and more fuel-efficient powertrains. This includes  a segment-first new diesel mild hybrid (MHEV) powertrain option that delivers an additional fuel efficiency improvement of around 3 per cent, compared with the standard diesel model. This goes up to 8 per cent in stop-start urban applications. 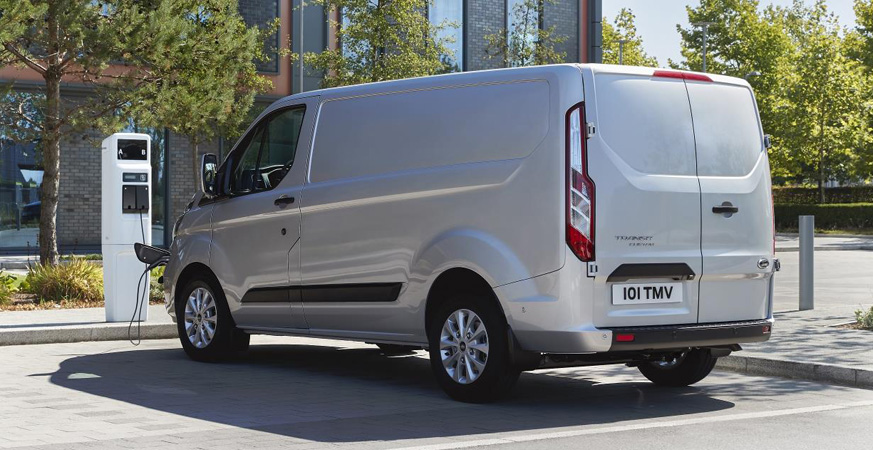 Along with the new Transit, Ford also announced the production version of the Transit Custom PHEV. This van has been undergoing fleet trials in the UK; now Ford feels confident to move to full production.

The Transit Custom PHEV can travel 30 miles on zero emissions; and has a full range of 300 miles. A 1.0-litre EcoBoost engine regenerates the battery on the move. Drive is to the front wheels and via the battery pack in every instance. This van could make a significant difference to urban delivery firms. 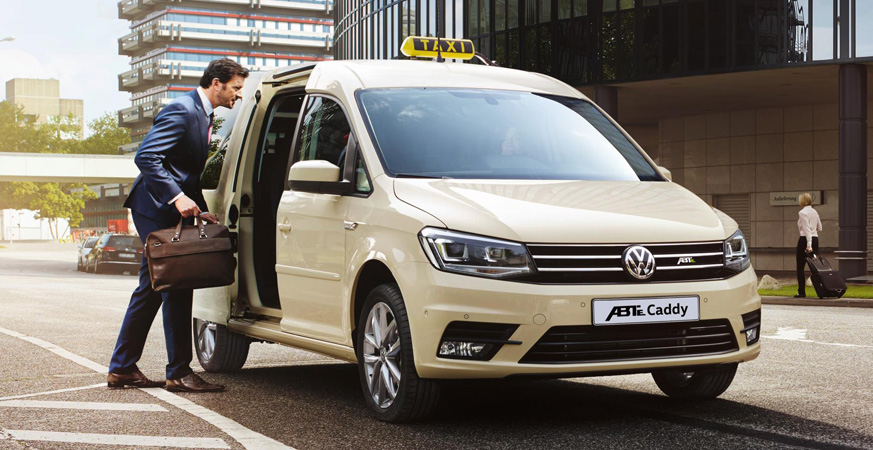 Ford, though, wasn’t the only van maker to take a share of the green limelight at Hannover. There was Volkswagen. The company had hydrogen and electric concepts. But this Caddy is for real.

Given its premiere at Hannover, the e-Caddy will arrive next year. It will have a range of over 130 miles and is based on the Caddy Maxi – meaning plenty of cargo area; 4.2cu m to be exact. It was shown at Hannover as taxi – but will also be sold as a panel van. 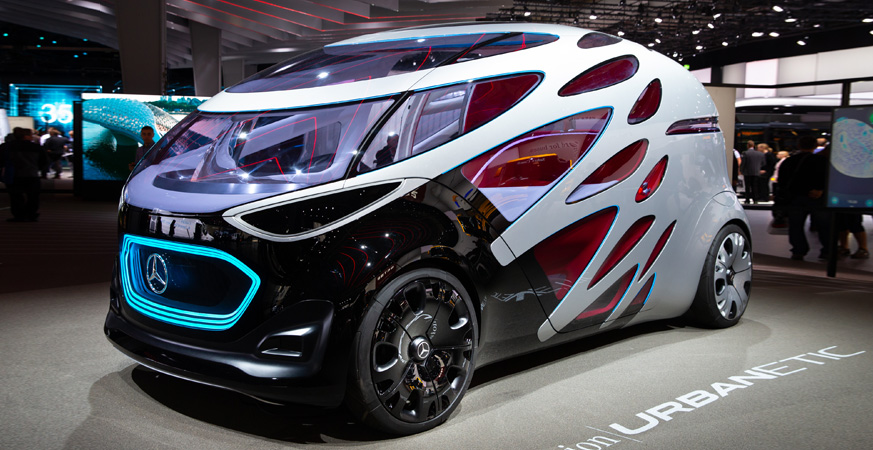 Mercedes looks to the future with Vision URBANETIC

Mercedes decided to extend our grey cells with its new URBANETIC concept idea. Basically its an autonomous van that carries goods; but it’s also a people mover because it can carry passengers.

The idea, says Mercedes, is to transport more people and goods with fewer vehicles on a virtually unchanged roads infrastructure. This URBANETIC has interchangeable bodies.  It’s also zero emission. Would you fancy hopping on board? 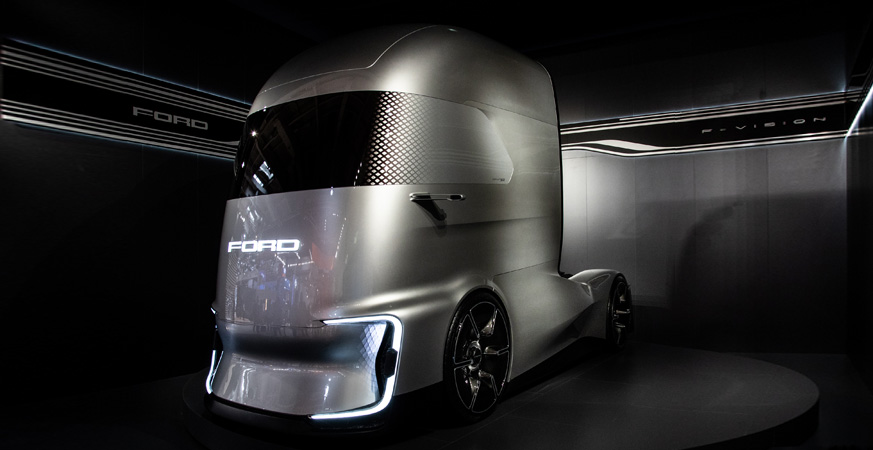 Finally, this gets my nomination for vehicle of the show: the brilliantly futuristic F-Vision. It’s been built by Ford’s Otosan Turkish subsidiary. There’s few details – except its electric and features level four autonomy. Ford say the F-Vision shouldn’t be seen as a competitor to the Tesla Semi. For the time being it’s just a vision – but It’s so brilliant it makes me want to go and get my truck licence.

Now did you ever expect me to say that?